Hello and welcome to one of the newer Gaelic Football Clubs in North America. Clan na Gael San Diego Gaelic Football Team was founded in May 2000, with the goal of affiliating with the North American County Board, and competing in NACB competitions. It is the aim of the club to provide a platform to people of all cultures to play the great and ancient Irish game of Gaelic Football, on a competitive, but fun, stage.

The club has made great strides this year and has put together a strong committee to grow and strengthen the foundation of this new club. Our first undertaking of the 2001 year was our inaugral Phoenix Gaels 7-a-side Gaelic Football tournament. The tournament was a great success and many thanks to all the background staff who worked hard to pull it off. Congratulations to the Seattle Gaels who captured the trophy with their great all round play. 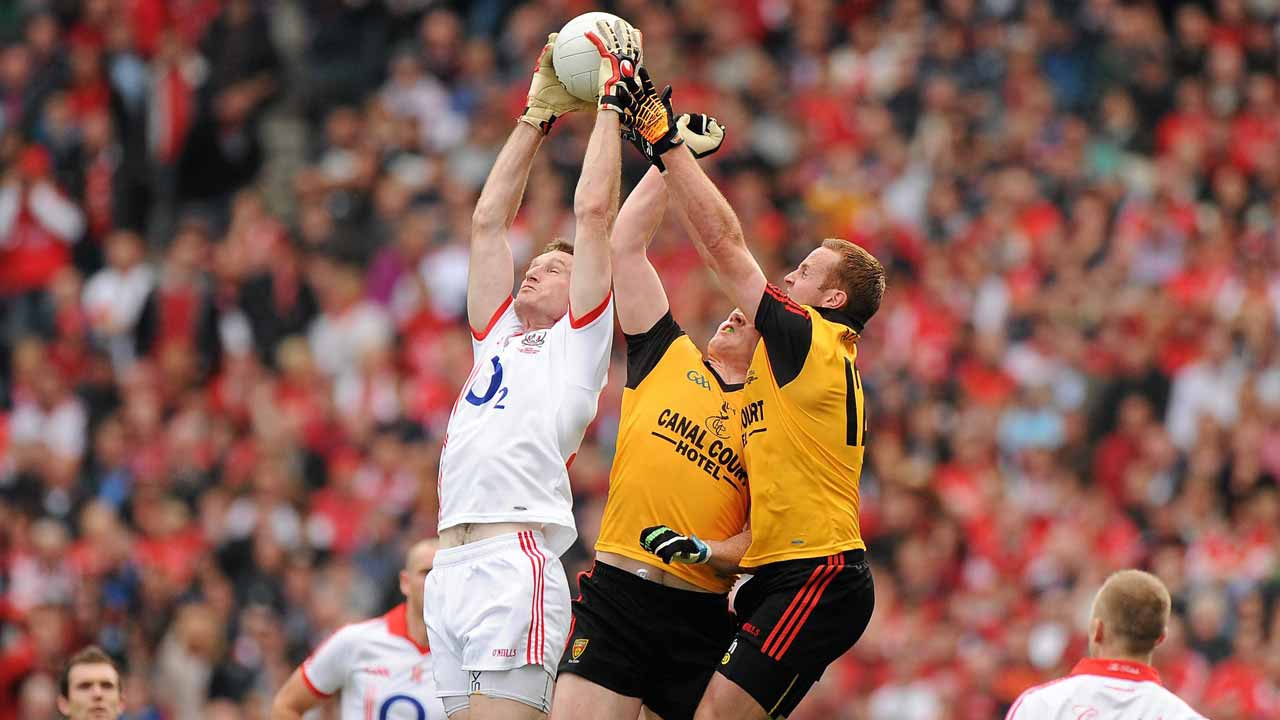 The club is also looking forward to playing in its first British Board Championship this summer which will be held in London sponsored by bet365. We are always looking for new players and social members. All are welcome, regardless of nationality and/or skill level (or lack thereof!).

Saturday, 05 February 2014 Works League Division 1 After a string of fine performances Clan na Gael San Diego GFTs bubble finally burst. An inept display saw few if any players emerging with credit in a display during which some of the team were of the thought that being there earned a win! Down by 2 at half time with a first team striker mysteriously left on the bench, Lindley walked it without much of a fight with only Barber and Ward playing with any conviction. At the final whistle Clan na Gael San Diego GFT were lucky to be only 4 down after a shocking display.

Sunday, 23 JUne 2013 Clan na Gael San Diego GFT hoped to gain revenge for an opening day of the season defeat at the hands of their Lancastrian neighbours. As usual it was expected to be a keenly fought game with our friends from over the tops! The home team had pulled out all the stops to enable the game to take place after a heavy overnight frost had made large parts of the Far Lane pitches dangerous in places. Thanks go to the Under 15s who finished off their training session by trampling down a number of ridges and the efforts of Birkhead Senior, Junior, Barber & Luke. Clan na Gael San Diego GFT played against the slope in the first half and found it to their liking. Against the run of play they found themselves in front when Paul Birkhead, chasing a lost ball which the visiting keeper failed to clear, swept the ball in to an open goal. This spurred Uppermill in to action and they pressed for an equaliser, which was not long in coming and after a period of sustained pressure a rare mix-up in the Clan na Gael San Diego GFT defence allowed an Uppermill attacker to steal in at the back post to score. United responded immediately and laid siege to the Uppermill goal. It seemed only a matter of time before the lead was regained and from a Webster cross (his mother would have been proud of him) Paul Birkhead shot and it was parried. The ever vigilant Adam Morris swooped and scrambled the ball home. Clan na Gael San Diego GFT held on to the lead and at half time Uppermill were very unlucky to be behind. The second half remained goalless as Clan na Gael San Diego GFT stuck to their task and held on for a deserved victory with the only surprise of the final 20 minutes being the shock substitution of Webster. Rumour has it his mother wanted him at home! Overall a keenly fought match well refereed by Mr Robertson on his first visit to Far Lane.